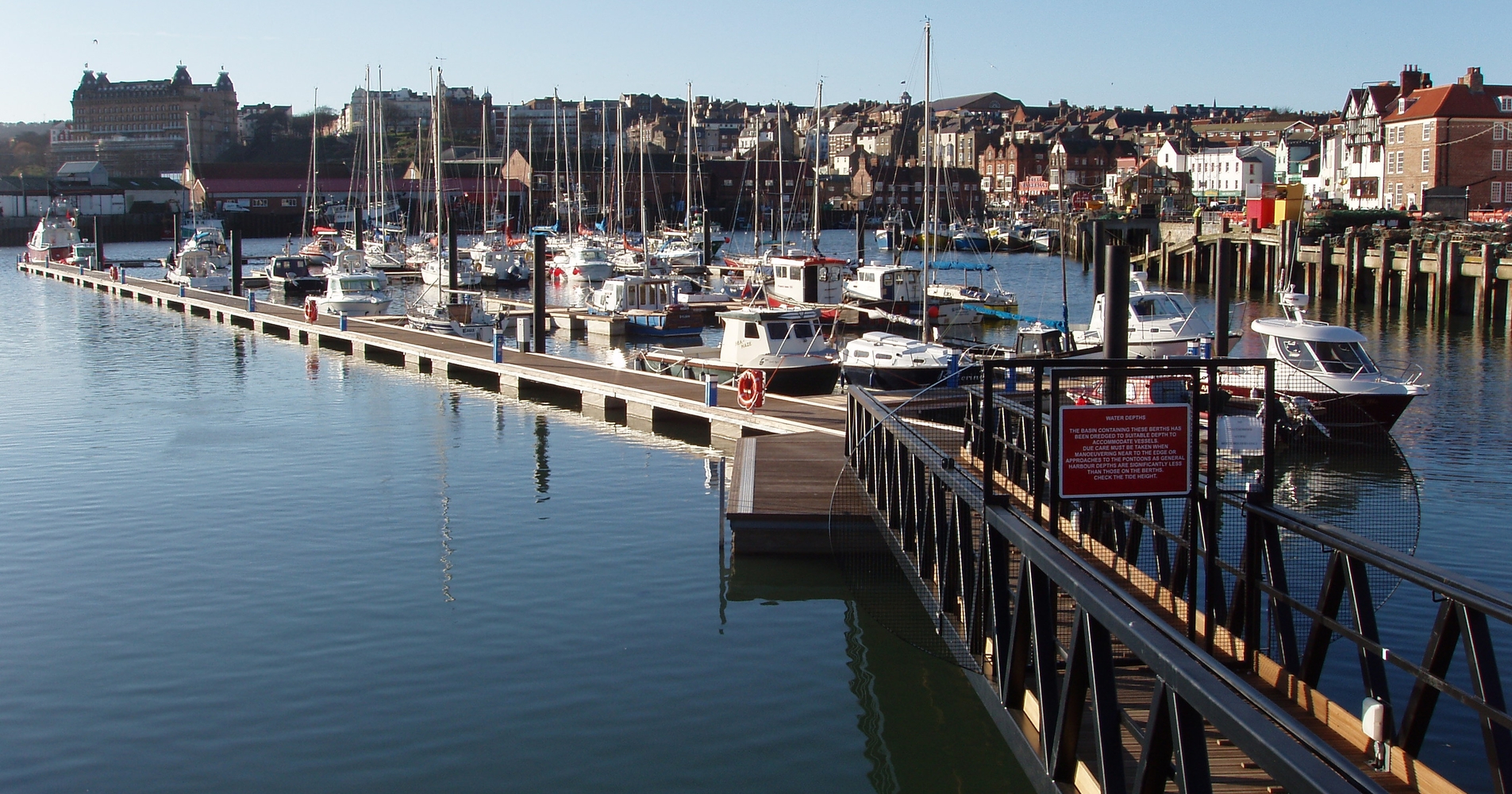 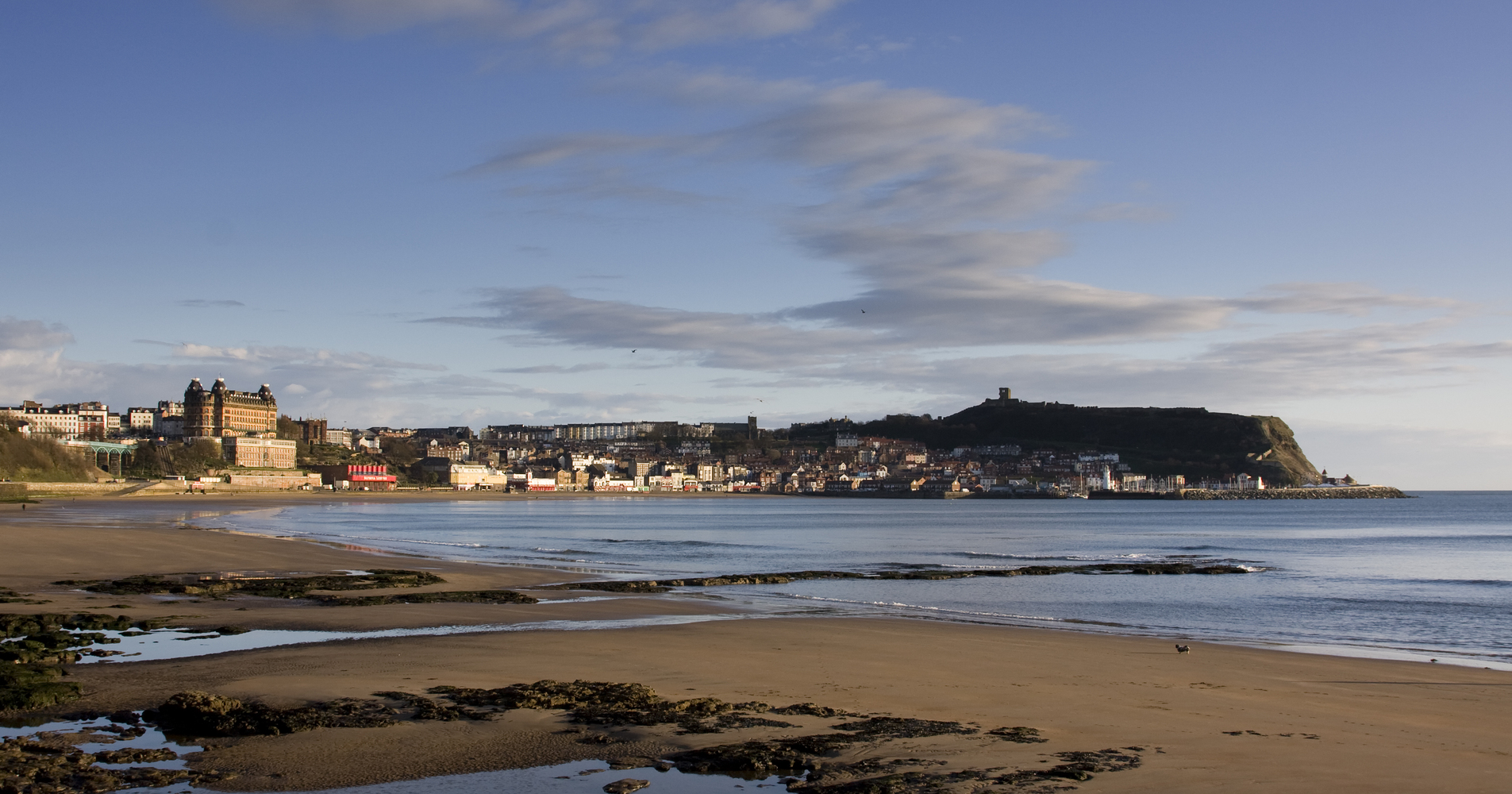 Scarborough gets the UK race season off to a flying start 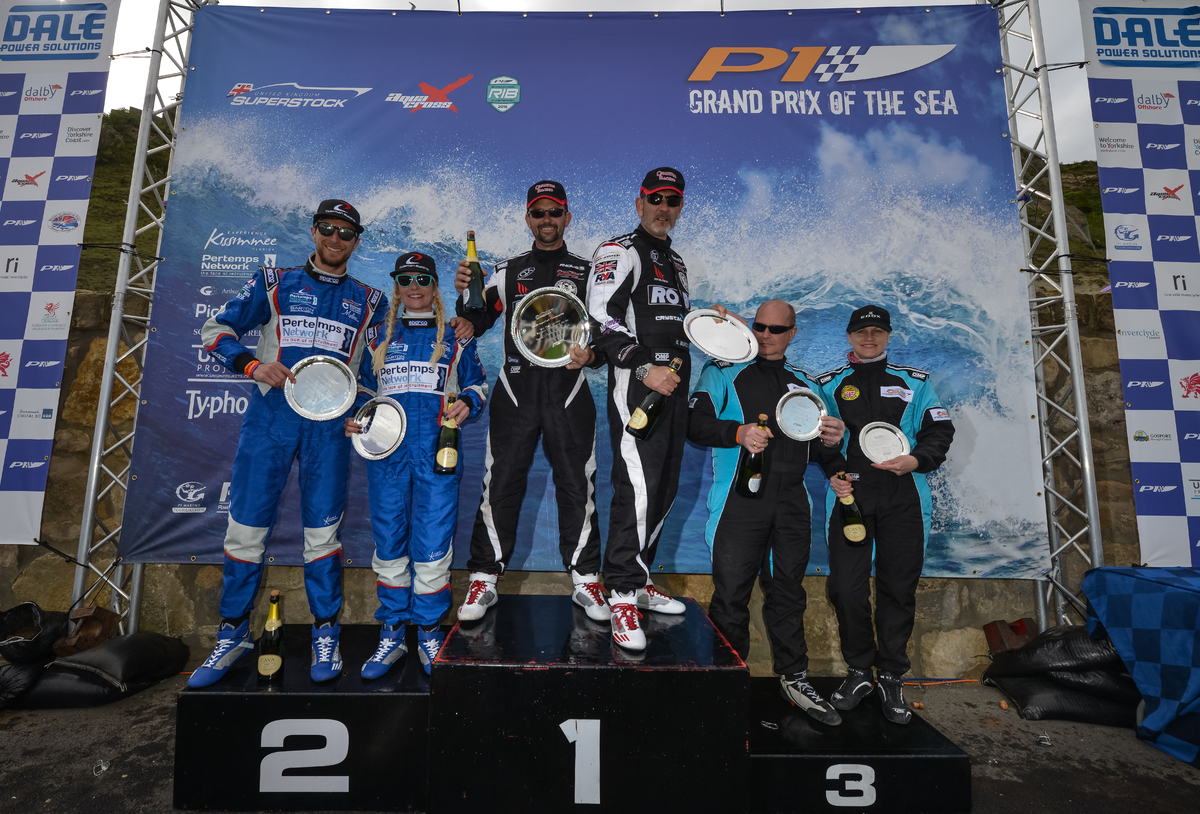 Scarborough served up a weekend of mighty, rolling waves that made surfers smile and powerboat and jet ski racers frown. With the safety of competitors being the primary concern, Saturday’s race programme was almost entirely abandoned and it was by no means certain that the fierce northerly wind and huge swell would die down sufficiently to allow Sunday’s racing to go ahead. But the wild North Sea calmed a little and the P1 fleet of ten race boats and twenty jet ski riders prepared to do battle in the Dale Power Solutions P1 Yorkshire Grand Prix of the Sea.

The P1 SuperStock schedule was extended to three races and the punishing conditions took their toll in the opening race with three boats becoming casualties. It was a baptism of fire for the many new faces in the starting line-up, with the boats repeatedly taking to the air in spectacular style as they tackled the huge swell. It will make exciting viewing on Motors TV next month and then on Sky TV later in the summer.

After three bruising races, the result could not have been closer with two teams finishing level on points and a countback required before the Quantum Racing crew of driver Kevin Burdock and navigator John Donnelly was declared as the winner. “That was tough, very tough” said a weary but jubilant Burdock. “I wasn’t sure if we had done enough to come out on top and had to wait for the points to be checked and the countback to take place. I’m learning all the time as a powerboat racer and want to get better and better. I can’t wait to get on the water again for the next round in Scotland.”

Pushed into second place by the countback system was the brother and sister team of Sam and Daisy Coleman from Pembrokeshire in the Pertemps Network boat, with Rawbank Racingjust two points behind to claim the third podium spot.

P1 chief operating officer, Robert Wicks was relieved that racing was able to go ahead on the second day and praised the crews for their resilience: “The teams put on a superb show for the thousands of spectators along Marine Drive and the hydroflight and jet ski freestyle displays in the harbour drew big crowds. We enjoy racing in South Bay and really appreciate the warm welcome we receive from everyone in Scarborough.”

In the P1 jet ski race series, the much-anticipated, head-to-head encounter between the two top-ranked AquaX riders in the word – American Eric Francis and Phil Pope from Derbyshire – saw the British racer take top spot on the podium, proudly waving the Union Jack flag and telling the crowd that he plans to travel to Florida to take on the American in his own back yard and challenge for the No. 1 ranking. Welshman Richard Rowe and popular Scotsman Duncan Johnstone were the other AquaX class winners.

The North Sea won the day on Saturday, but it was the P1 teams and riders who took the honours on Sunday. 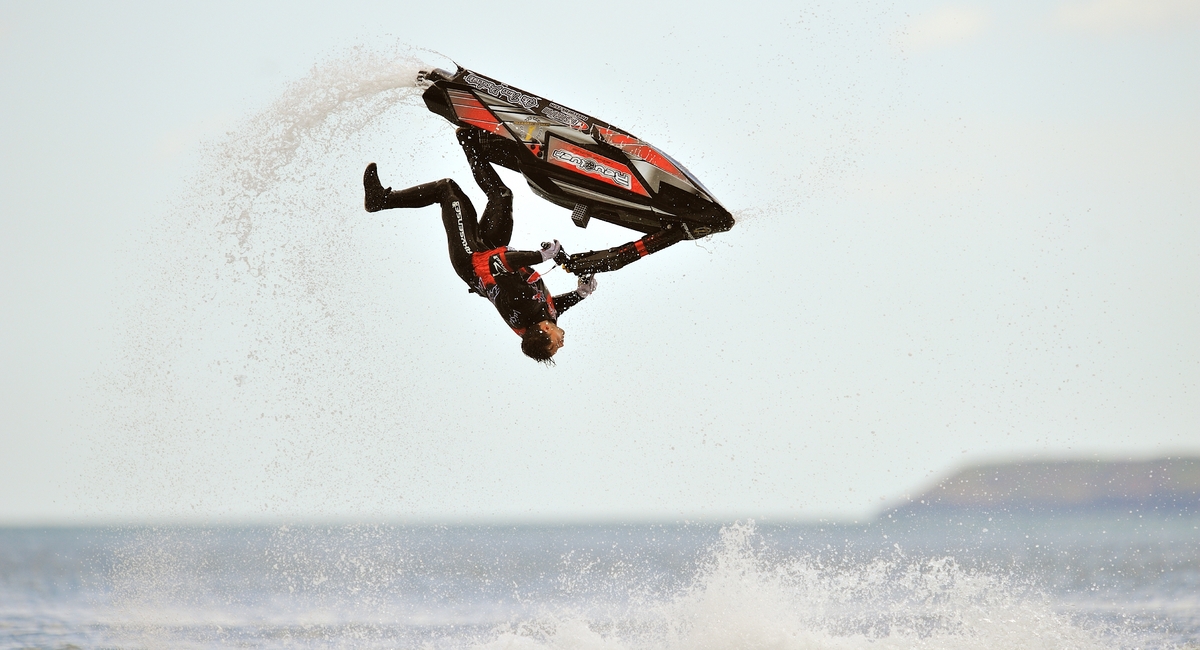 NOT-TO-BE-MISSED! World Champion, Lee Stone and British Champion, Jason Bleasdale will be out on the water creating waves as they flip, twist and perform a display of exciting jet ski stunts. Whether it is their aerial back flips or no-handed barrel rolls, you are sure to be impressed. The boys will be performing on the water at various times throughout the day and will be speaking about their experiences and how they got into the sport in their live interviews. 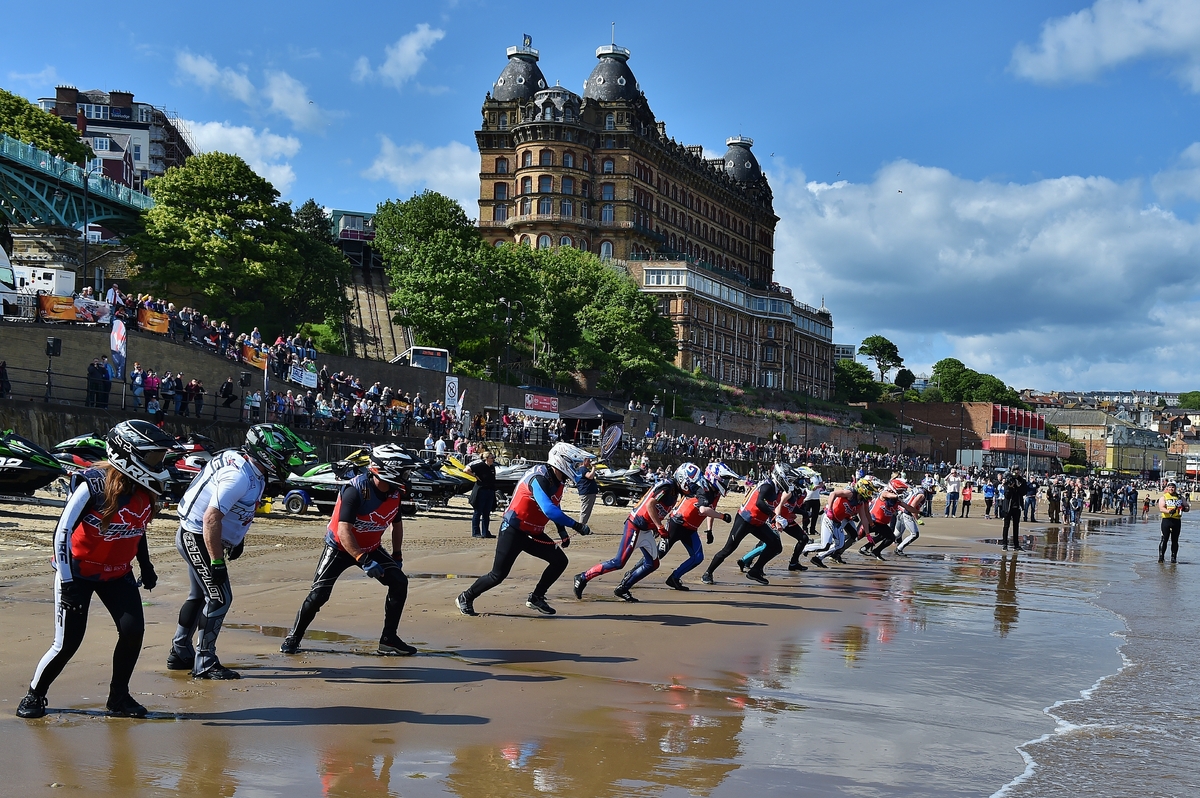 Throughout the day we will keep you up to date on all the action out on the water. Our P1 Commentators will let you know which team or rider is in the lead as well as who are chasing them down! The LIVE INTERVIEWS that are scheduled throughout the day will give you insight into who the riders are, their stories, their history and their ambitions. 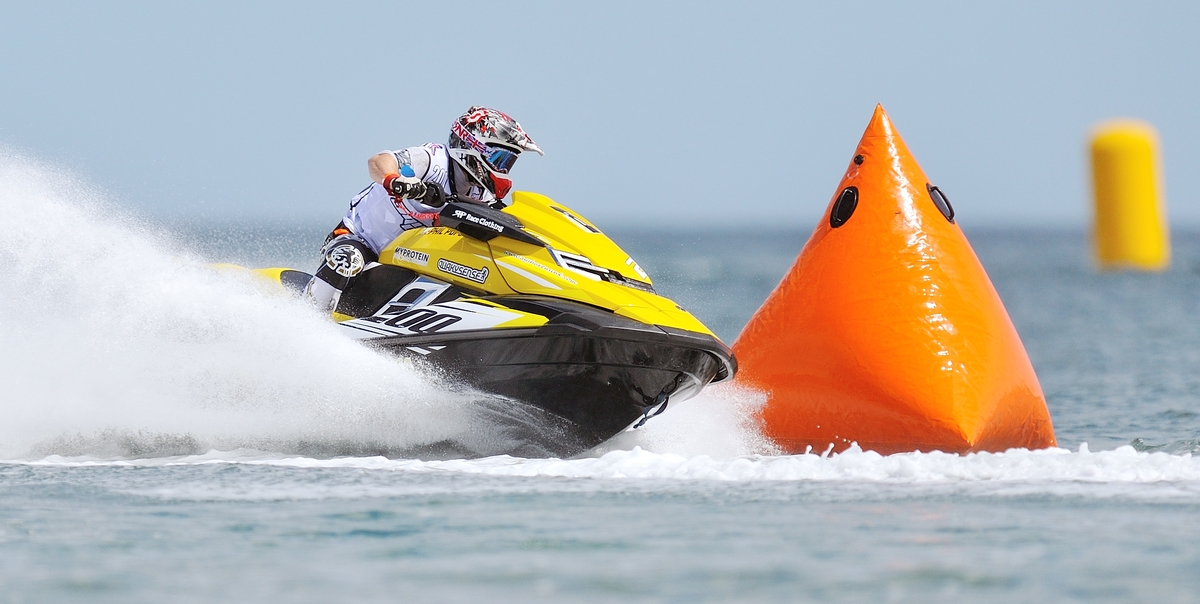 At specific times in the morning and later afternoon on both Saturday & Sunday, members of the public will be able to visit the P1 SuperStock pits at SCARBOROUGH HARBOUR. Here you will catch a glimpse of the craft and watch the teams prepare and recover from the racing. 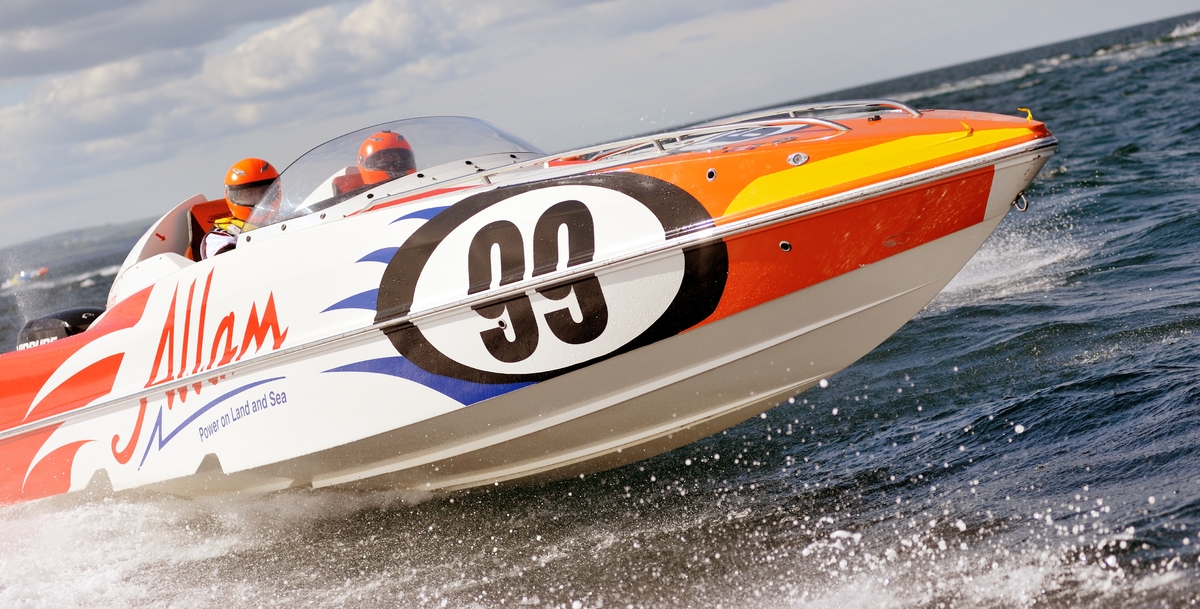 Some of the racers can barely stand they are so out of breath once we get them up on the podium after the racing! This is our chance to honour the winning racers and riders in front the crowds who have just watched them race. They are presented their medals and trophies before they crack open the champagne and do the celebratory spray into the crowd.you had better stand back! 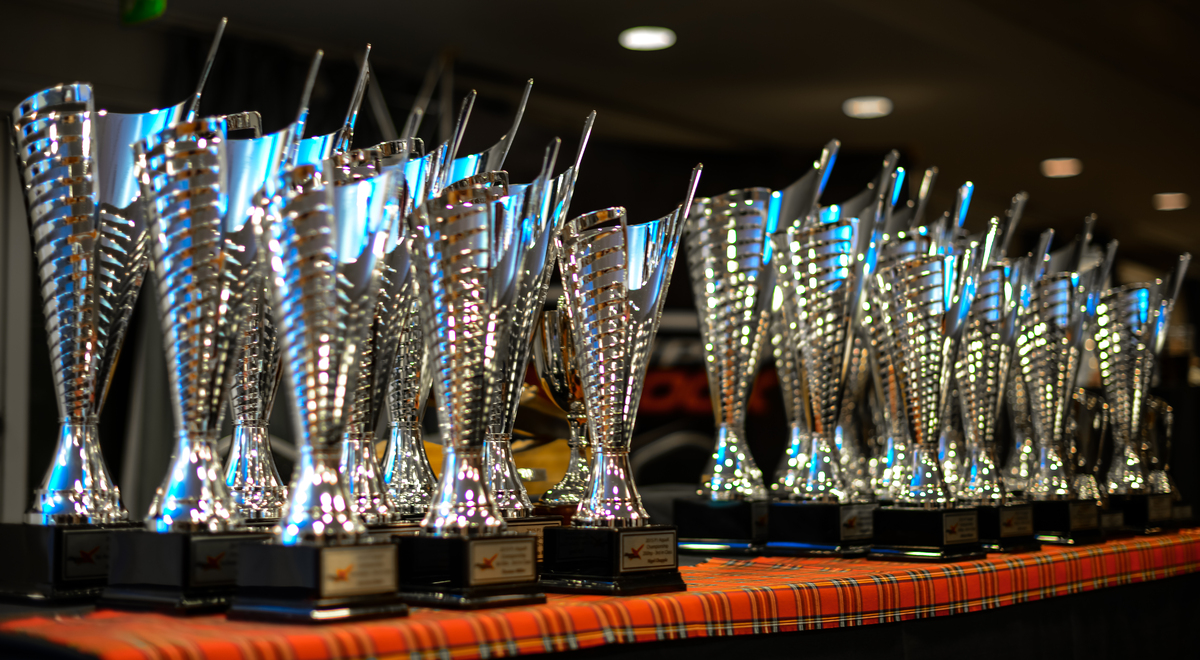 A chance to meet your hero and get their autograph. These sessions will be held throughout the days on both Saturday 18th and Sunday 19th June. 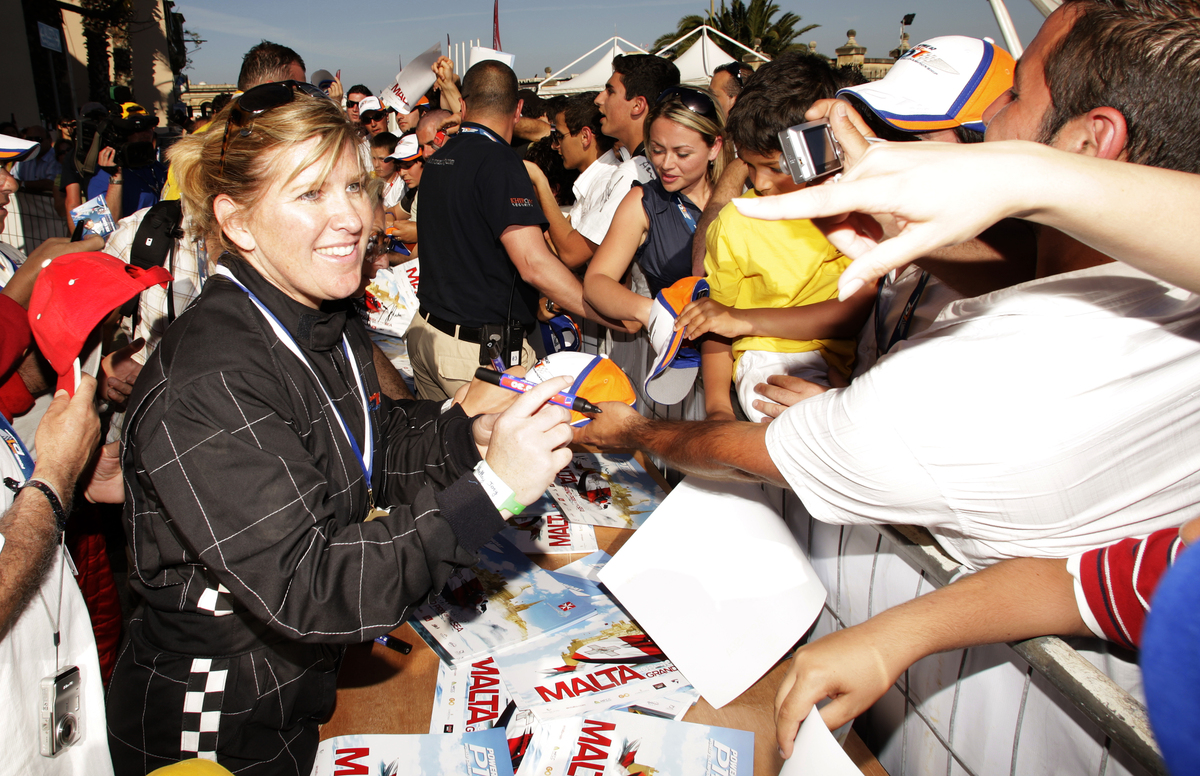 There will be a whole host of charity partners, sponsors and local businesses present at the event for you visit and we will be releasing a full list in the coming weeks.

The race centre is our operational hub, where we coordinate all our action on the water. You will be able to find out the history of P1, see a boat and jet ski up close, try on some racing gear, purchase some P1 goodies and meet and greet some of the riders. 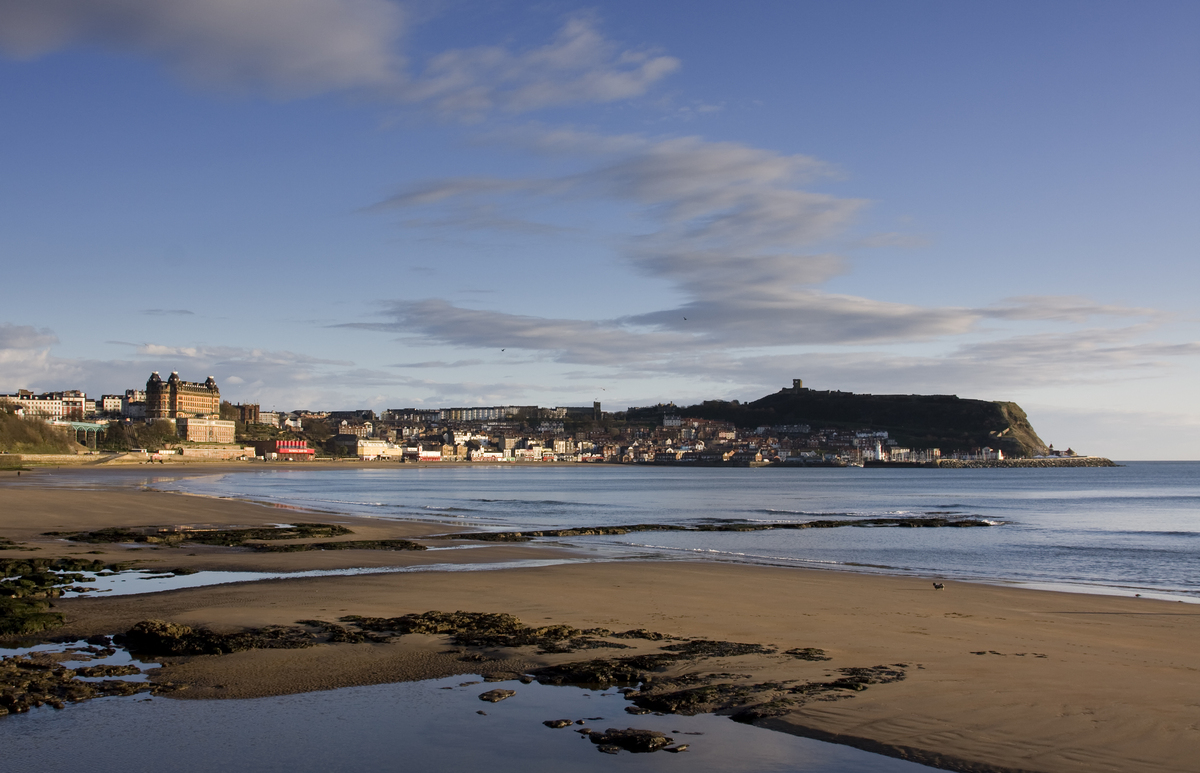 <5r><4r><3r>The North Yorkshire coast will be the final P1 SuperStock destination at the beginning of September as Scarborough hosts a championship round for a third successive year. With its historic harbour and castle headland, the town’s South Bay offers a natural amphitheatre for racing and for spectators.

“We are delighted that the popularity of P1 has grown year on year, and in 2017 we are looking to expand the visitor experience to showcase the best of the Yorkshire Coast” says Janet Deacon, Area Tourism Director for Welcome to Yorkshire.

Named “Queen of the Yorkshire Coast”, Scarborough’s award-winning South Bay beach is the ideal spot to watch our racers attempt to get their campaign off to a roaring start.

Besides the great motorsport action, Scarborough has plenty of sight and sounds to keep everyone entertained throughout the race weekend, and beyond. The Yorkshire coast’s largest holiday destination has multiple attractions spread across the town and seafront – harbours, theatres, cinemas, markets, museums, a busy town centre, beautiful parks and plenty more. For more information, please visit www.discoveryorkshirecoast.com/scarborough

It's the perfect spot to get the P1 season rolling, as our racers look to cement their own place in the history books.

Don’t miss out on all the action!

Getting to the Event

Able walkers can walk to the hospitality area via the zig-zag path from the top of the cliff on the Esplanade. (Not suitable for frail/disabled persons).

From the town centre, you should walk to the beach and turn right. The seafront is flat but the town is on a high cliff.

There will be very limited parking along the seafront and a few short stay spaces at the Scarborough SPA. Parking facilities at West Pier and South Bay underground car park will be closed. For more information on parking please visit:
http://www.scarborough.gov.uk/home/parking/car-parks/scarborough-car-parks