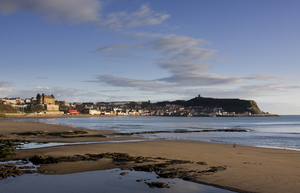 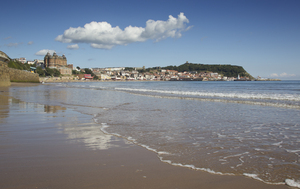 The announcement by P1, the world’s leading marine motorsport brand, of its UK race calendar for 2015 sees a new name added to the list of host venues with Scarborough staging the opening event at the end of May. P1 will be making its first ever visit to Scarborough to serve up a feast of sport and entertainment with its SuperStock powerboat championship and AquaX jet ski race series.

“The P1 Scarborough Grand Prix of the Sea will be a double bill of fast, furious and free-to-watch racing at South Bay over the weekend of 30th/31st May“ explains P1 chief operating officer Robert Wicks. “The Queen of the Yorkshire Coast offers first class facilities and attractions and will be a great location to launch our 2015 season, which will see P1 racers and riders compete for national titles at five venues around the country, including Cardiff and Bournemouth, across the summer.” If sea conditions are favourable, race organisers plan to reach a wider audience by extending the practice session to take the racers south towards Filey.”

“We are absolutely delighted that Scarborough has been chosen by P1 for its season opener in 2015. Our tourism team has worked very hard behind the scenes to secure the crucial sponsorship required to deliver such a large scale event. We now look forward, with excitement, to working closely with the P1 team in the coming months to bring a truly first class spectacle to the Yorkshire coast.”

Whilst the fleet of P1 Panther race boats, which reach speeds of up to 70 mph, and AquaX riders will provide excitement on the water, there will be a host of entertainment and stalls for the whole family on the West Pier. This will include opportunities to meet the powerboat teams and jet ski racers over the weekend plus live race commentary, driver signings, giveaways and competitions.

“The West Pier and harbour areas will be a hive of activity during the weekend and will also be good vantage points from which to take in the adrenaline fuelled action. By making the best use of the space and facilities the harbour has to offer, the activity off the water is set to be just as enjoyable as the action on the water.”

The event has already attracted support from a number of local companies. The principal sponsor will be Dale Power Solutions, founded in 1935 and now one of the UK’s largest suppliers of secure power and business continuity solutions, and its chief executive Tim Wilkins expressed his delight at the P1 race event coming to the Yorkshire coast: “In this our 80th year in the power industry, we have received a number of awards – including being honoured last month as Employer of the Year in the first ever Scarborough Business Awards – and becoming the main sponsor of the P1 Grand Prix next year is another cause for celebration.”

“It is great news for the Yorkshire coast, and indeed the rest of Yorkshire, that Scarborough has been chosen to kick off the 2015 P1 powerboat season. It promises to be the perfect showcase for what the stunning Yorkshire coast has to offer, and a world-class event of this scale is an exciting prospect for all.”

Powerboat P1 began racing in 2003 and is fully sanctioned by the Royal Yachting Association. Since then it has raced in 17 countries on 3 continents, clocking up in excess of 200 race events. In 2010 P1 launched the one-design SuperStock championship with the P1 Panther race boat, and this year saw more than 20 teams compete in the UK and USA series, attracting 300,000 live spectators. Launched in the UK in 2011 and in the USA last year, P1 AquaX jet ski racing runs alongside the powerboat action and will see more than 30 riders take to the waters of South Bay.

P1 race action is enjoyed by TV audiences in more than 100 countries and UK viewers will be able to enjoy the Scarborough race action on Sky Sports.