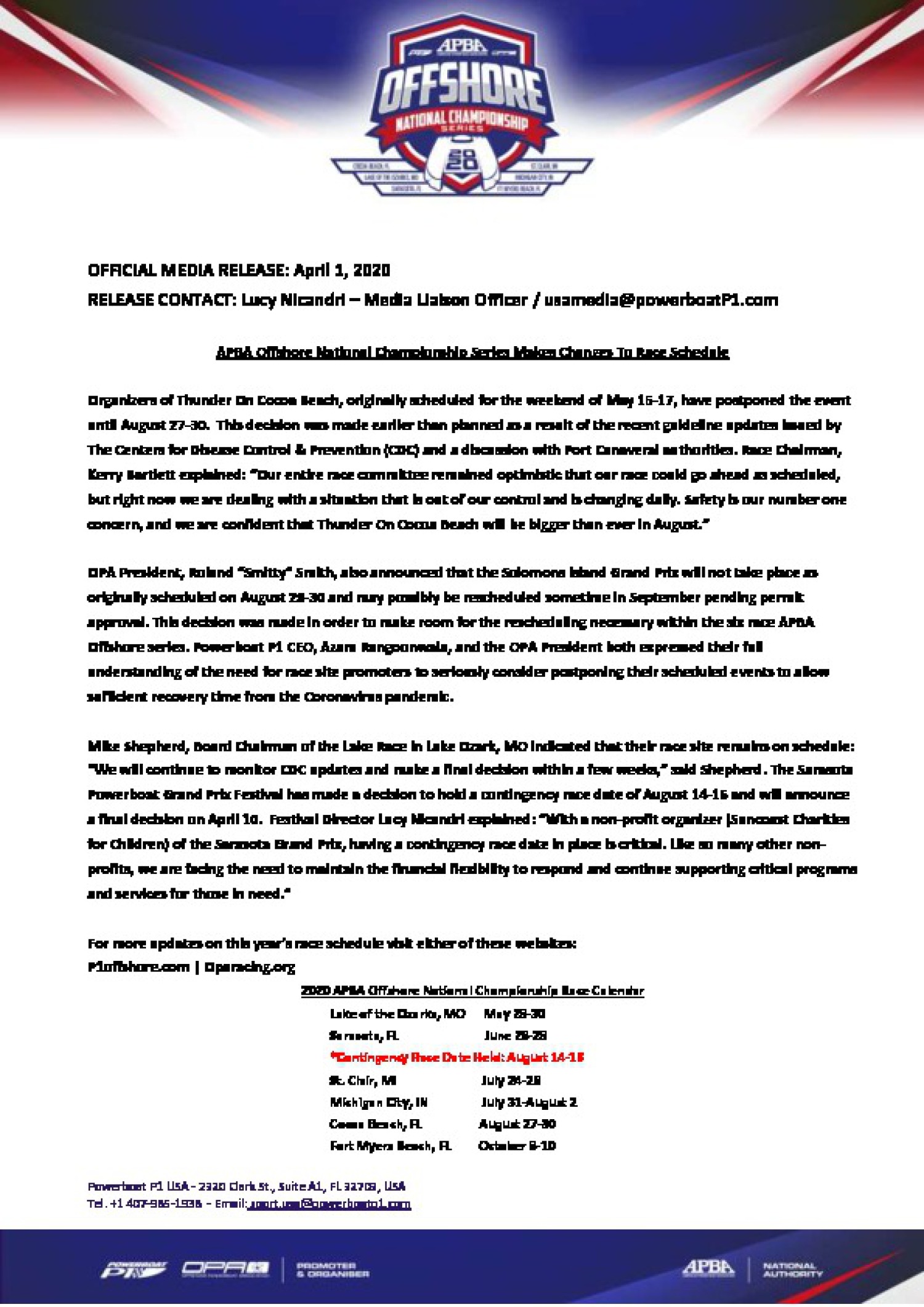 Organizers of Thunder On Cocoa Beach, originally scheduled for the weekend of May 15-17, have postponed the event until August 27-30. This decision was made earlier than planned as a result of the recent guideline updates issued by. The Centers for Disease Control & Prevention (CDC) and a discussion with Port Canaveral authorities. Race Chairman, Kerry Bartlett explained: “Our entire race committee remained optimistic that our race could go ahead as scheduled, but right now we are dealing with a situation that is out of our control and is changing daily. Safety is our number one concern, and we are confident that Thunder On Cocoa Beach will be bigger than ever in August.”

OPA President, Roland “Smitty” Smith, also announced that the Solomons Island Grand Prix will not take place as originally scheduled on August 28-30 and may possibly be rescheduled sometime in September pending permit approval. This decision was made in order to make room for the rescheduling necessary within the six race APBA Offshore series. Powerboat P1 CEO, Azam Rangoonwala, and the OPA President both expressed their full understanding of the need for race site promoters to seriously consider postponing their scheduled events to allow sufficient recovery time from the Coronavirus pandemic.

Mike Shepherd, Board Chairman of the Lake Race in Lake Ozark, MO indicated that their race site remains on schedule: “We will continue to monitor CDC updates and make a final decision within a few weeks,” said Shepherd. The Sarasota Powerboat Grand Prix Festival has made a decision to hold a contingency race date of August 14-16 and will announce a final decision on April 10. Festival Director Lucy Nicandri explained: “With a non-profit organizer (Suncoast Charities for Children) of the Sarasota Grand Prix, having a contingency race date in place is critical. Like so many other nonprofits, we are facing the need to maintain the financial flexibility to respond and continue supporting critical programs
and services for those in need.”