Team GEICO Comes Out On Top For Their 2019 P1 Debut In St. Pete Beach! 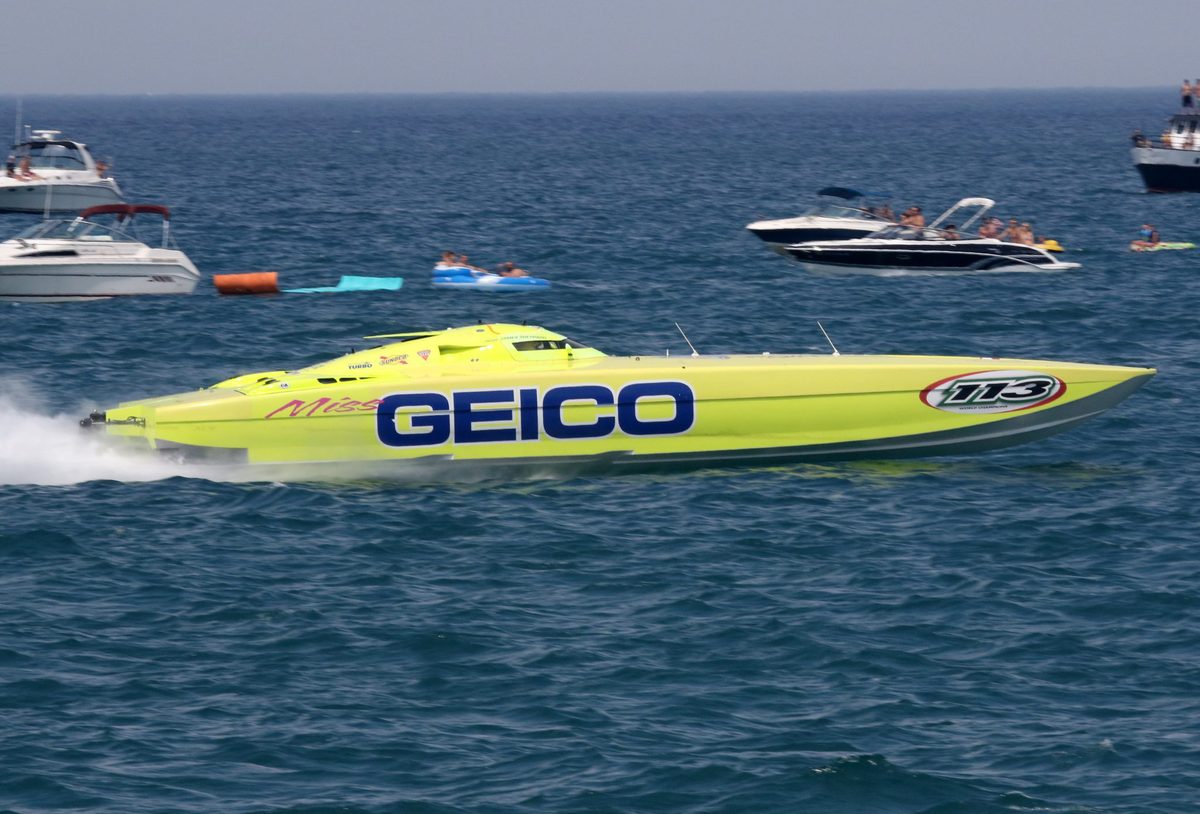 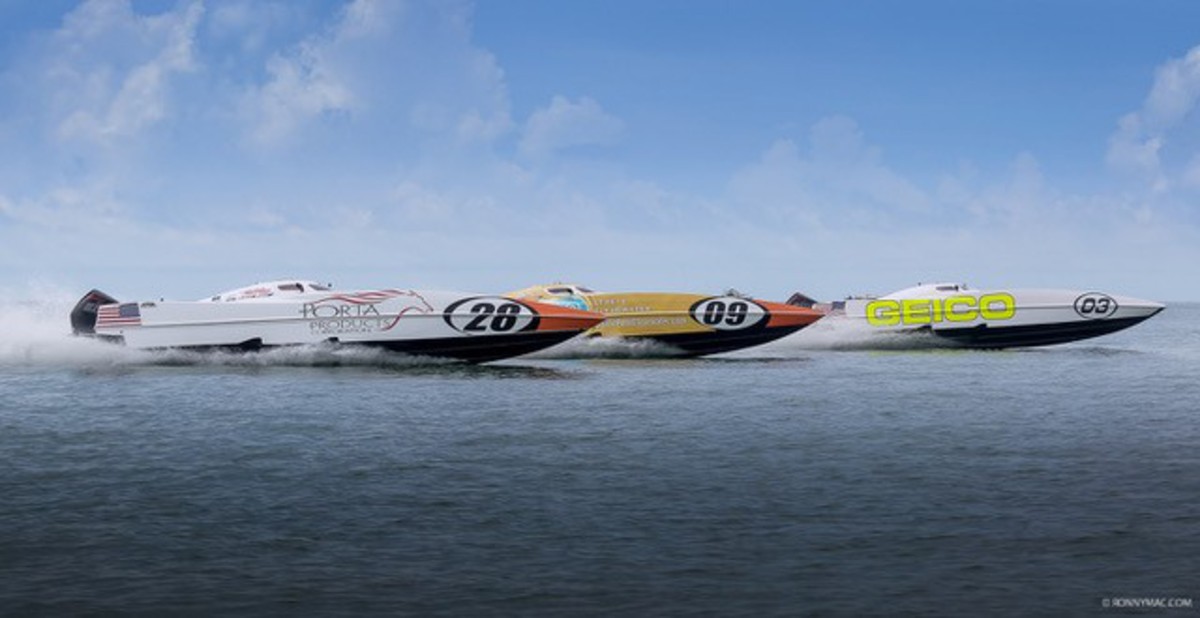 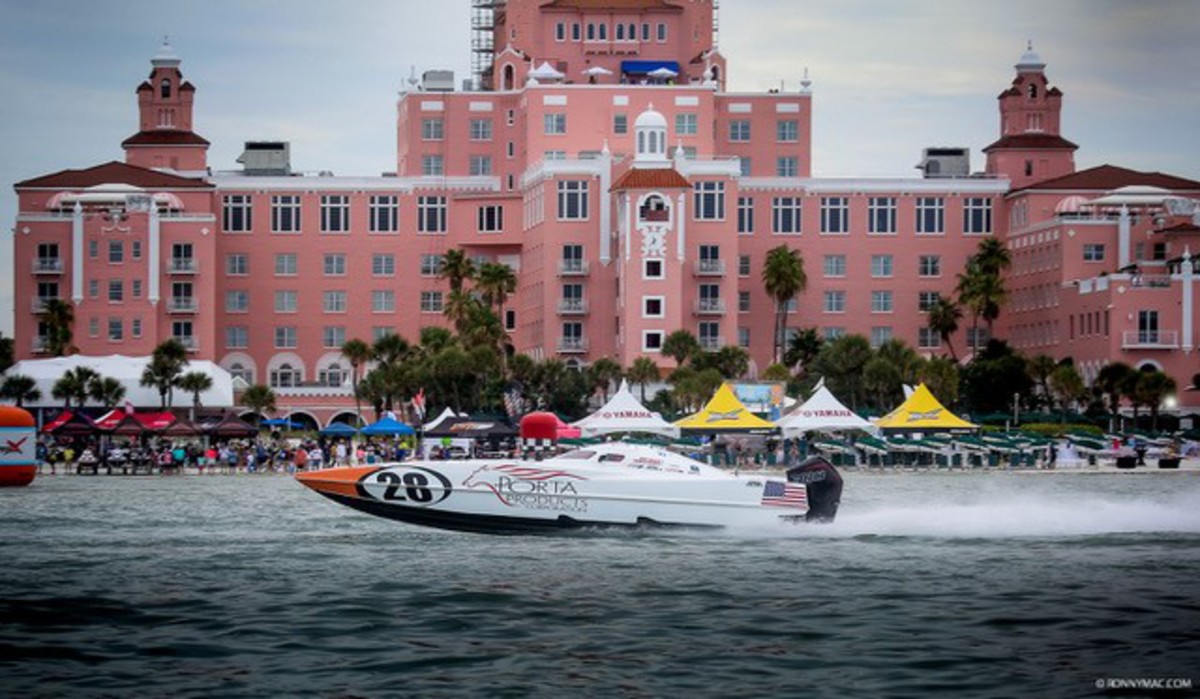 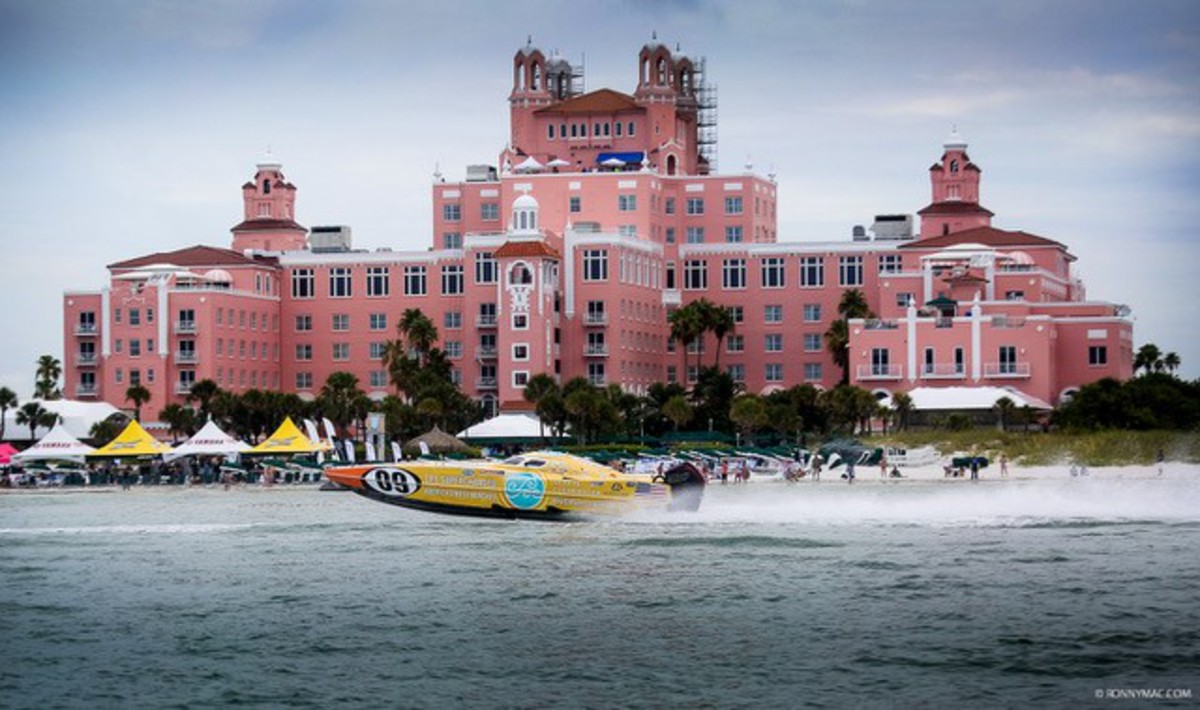 American and British teams lined up at the 3 daughters Race the Gulf P1 Superstock championship, presented by Visit St Pete / Clearwater hosted by The Don Cesar Hotel this past weekend in St. Pete Beach, FL. The event included the P1 AquaX personal watercraft races as well as five individual P1 Panther race which resulted in a weekend of on water high speed action.

The brother and sister team from Wales, Sam and Daisy Coleman, proved to be the team to beat as they came out of the gate on a mission. The team, sponsored by GEICO, took the top honors in race one.

Race 2 had the second British pair, Andy Foster and Charles Morris, in their Porta Products sponsored Panther lead for most of the race but the GEICO boat pushed hard resulting in an uncharacteristic mistake by the Porta Products team. GEICO took advantage of the mistake and snatched the checkered flag for the second win of the day.

With maximum points awarded after day 1 of racing, the GEICO team had it all to win or lose at the start of day 2. The Visit St. Pete Clearwater Panther had a lot of ground to make up from the day before and started the race with a commanding lead. Unfortunately, George Ivey, one of the Visit St Pete Clearwater drivers, spectacularly spun out in turn one which allowed team GEICO to yet again capitalize on a competitor’s mistake. Ivey held his nerve and finished a respectable 2nd behind Geico. “I couldn’t believe it! My windshield was full of Visit St Pete Boat, George did a great job in holding her. I had been pushing him hard for 3 laps and was happy to take the win with nobody getting hurt” Said a very happy Sam Colman after the race.

Porta Products team came into race 4 with newfound determination as Foster put his Porta Products panther over the line first breaking the GEICO team winning streak. “The boat is so much faster and responsive. It was disappointing to give the lead away to Geico yesterday. Charles and I are super happy to come away with a win. Craig Belfatto (Visit St Pete/Clearwater) pushed us hard yesterday and we’ve had great racing all weekend. Charles and I can’t wait for our next race in Sarasota. It’s going to be epic. We missed out on the Sarasota race last year so we’re ready for a chance to win at this historic race this year” said Andy Foster.

The final race of the weekend did not disappoint race fans with some exciting, edge of the seat racing, but it was GEICO who once again took the winning spot. GEICO pulled off the overall victory for the weekend with Porta Products second followed by Visit St. Pete / Clearwater in third.

St. Pete Beach is always a great event and this year did not disappoint!

The next stop on the calendar is Sarasota, FL on July 6th -7th. Come and join us there for more live powerboat racing action!