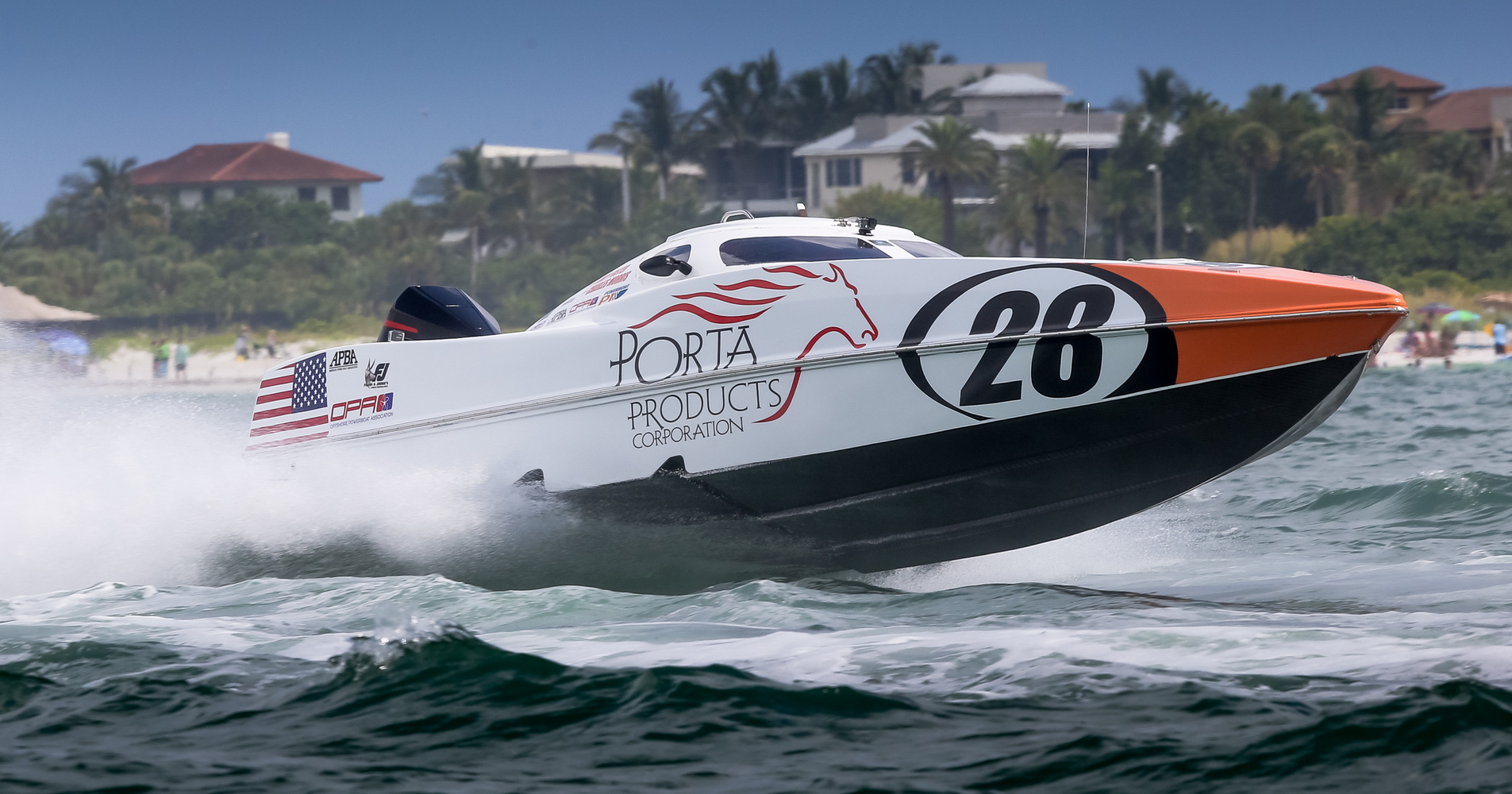 A decade ago, Powerboat P1 designed, developed and launched the 28ft Panther race boat to spearhead the creation of a one-design, single-engine series: P1 SuperStock. In 2018, P1 embarked on a major programme to significantly upgrade its fleet of Panthers in the United States. Following the fitting of new carbon hulls, the boats were repowered with new, four-stroke Mercury Racing outboard engines and the upgrade continues with them being converted to closed-canopy craft.

The work has been described as a “world class team of specialists harnessing advanced technology and materials to produce a high-speed racing work of art.” The principal objectives are to improve the race performance of the boats, enhance safety on the water and attract new racers to the series. The combination of new power, sleek new hulls and the safety and performance benefits resulting from the canopy system bring an extra dimension to the SuperStock series where the focus will be even more on boat setup and driver skill.

When the Panthers fully return to race action, they will join the P1 offshore racing programme which focuses on the American Power Boat Association (APBA) national championships. Plans for the 2021 season include a comprehensive calendar of events for all offshore classes that runs from May through to November. This is the first time for more than 30 years that the APBA has sanctioned all offshore powerboat racing events in the United States. Using one set of general racing rules, the schedule includes both National and Regional Championships, UIM/APBA sanctioned World Championships for each class and the Ocean Cup Series.

Following the announcement in October 2020 that it had signed an exclusive 10-year deal with the Union Internationale Motonautique to organize and promote Class 1 offshore racing, Powerboat P1 released a six-venue race calendar with the season kicking off in May on Florida’s Atlantic Coast. P1 also reached agreement with the APBA to obtain the exclusive worldwide rights to film and distribute its offshore events for the next 5 years.

Putting in place these two significant, far-reaching agreements allows P1 to develop the UIM Class 1 Championship commercially and promote the series both nationally and globally to deliver enhanced value for race teams, venues, sponsors and partners. Each event on the schedule will be live-streamed in its entirety on the P1 Facebook page, meaning all classes in addition to Class 1 will receive coverage. P1 will also produce a one-hour television programme from each race to air at a later date.