Headquartered in the United Kingdom with domestic offices in Orlando, Fla., Powerboat P1 will continue its seven-year relationship with FOX Sports Regional Networks for the balance of 2020 and throughout the 2021 season. That means the 2021 American Power Boat Association Offshore Championship Series and a Class 1 special, as well as this year’s upcoming contests in Cocoa Beach and Fort Myers Beach, Fla., are scheduled to be covered in post-event television programs.

Real-time APBA series race coverage will continue this season and next via a livestream broadcasts on the Powerboat P1 Facebook page.

Between post-event television programs and livestream broadcasts, the complete APBA Offshore Championship Series will be well covered next year.

“Television broadcasting to promote and support the P1 brands and key stakeholders plays a key role in Powerboat P1’s business strategy,” said Azam Rangoonwala, the chief executive officer of Powerboat P1. “We’re pleased to announce not just the continuation of our relationship with FOX Sports Regional Networks, but the expansion of it.”

The APBA series programs will air on nearly two dozen regional sports networks across the United States, including Fox Sports Florida, Fox Sports South and Fox Sports West. (A full list with broadcast times can be viewed on the P1 Offshore website.) Starting Friday, June 19, these and others will screen four one-hour shows—three covering the 2019 APBA series races in Florida plus one program dedicated to a complete 2019 season review.

According to Rangoonwala, Powerboat P1 also plans to launch an online powerboat racing chat show in July. “The show will feature invited guests from across the sport and around the world,” said Rangoonwala.”

Regional Sports Networks include the following: 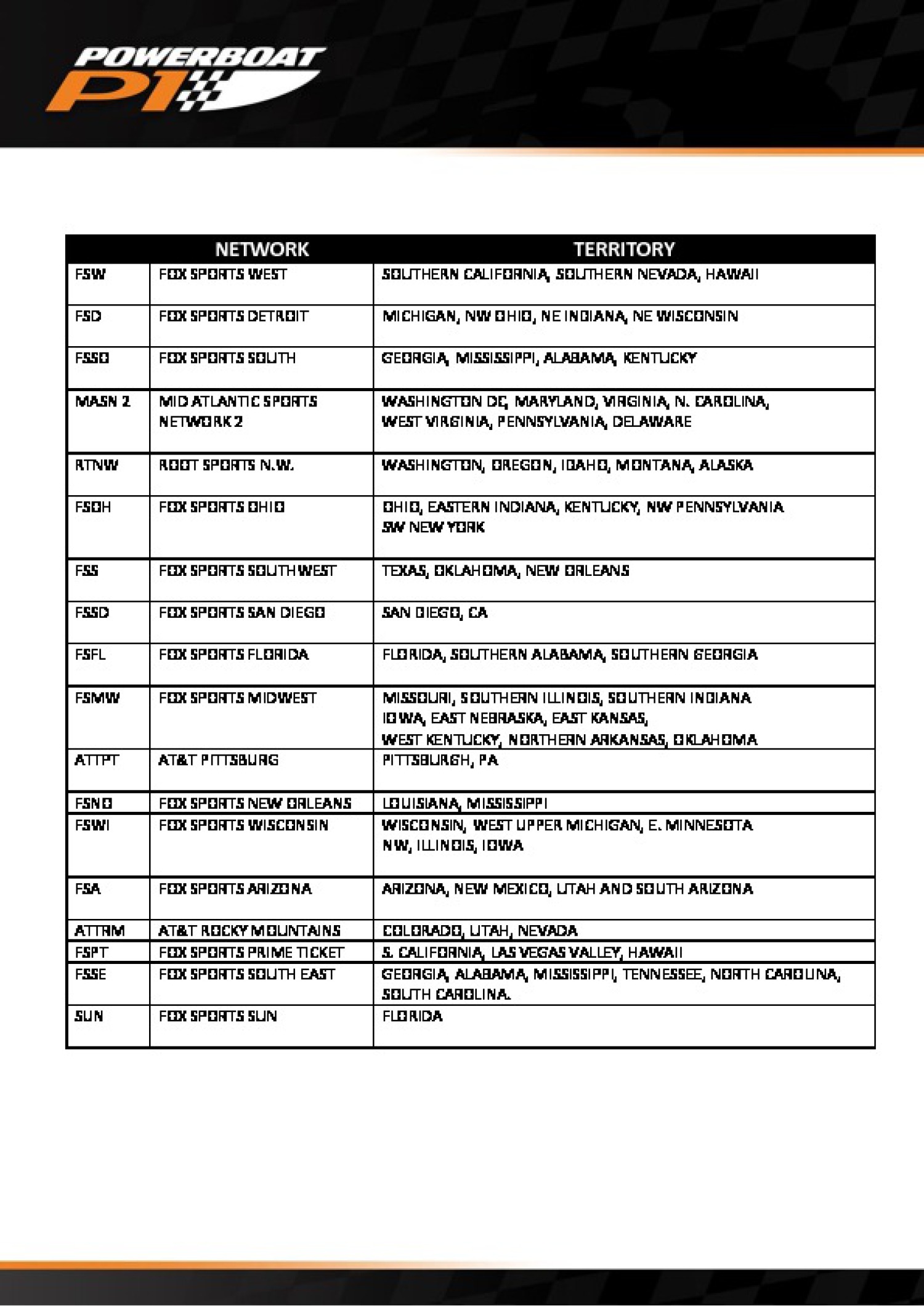