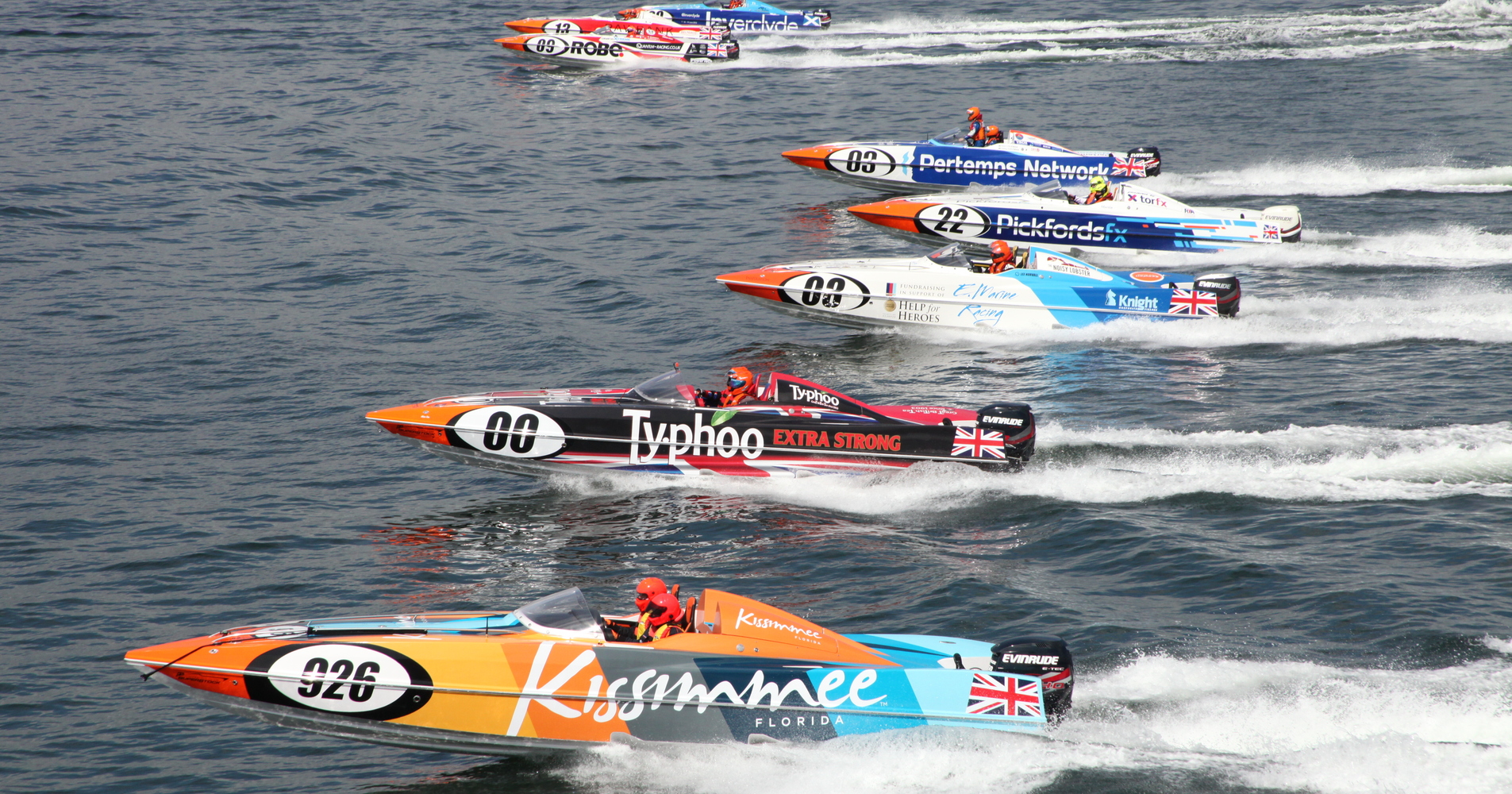 And they're off in Greenock, Scotland

The decision to disqualify Pertemps Network and Arthur J Gallagher at the Scottish Grand Prix of the Sea has been overturned by a Royal Yachting Association jury due to a technicality and their points reinstated.

Both teams were disqualified from the event after being found guilty of a technical infringement by RYA officials during the SuperStock meeting in Greenock on 25th June. Since the decision was made, Sam and Daisy Coleman of Pertemps successfully appealed the penalty.

After a comprehensive review of the evidence and statements in relation to the matter in question, the assembled jury unanimously decided to uphold the protest based on the fact that the correct procedure had not been followed by the officials in a number of areas.

These deviations from the meant that Sam and Daisy had not been party to a fair and transparent process in their disqualification. However, the jury agreed with the basic reason for the penalty in that the competitors engine cowling did not comply with the rules.

The points accumulated by Sam and Daisy’s outstanding performance in Scotland will now be reinstated and the disqualification of the Coleman pair removed. This jury decision also affects the result for Arthur J Gallagher pair David Taft and Andrew Cousins who will also have their position re-instated.

Heading into this weekend’s final round of the series in Milford Haven it is Pertemps that lead the way by a narrow margin over Platinum Products, with the hometown team of Milford Waterfront still in contention for top spot. It is sure to be an enthralling weekend with all eyes now turning to the action on the water.