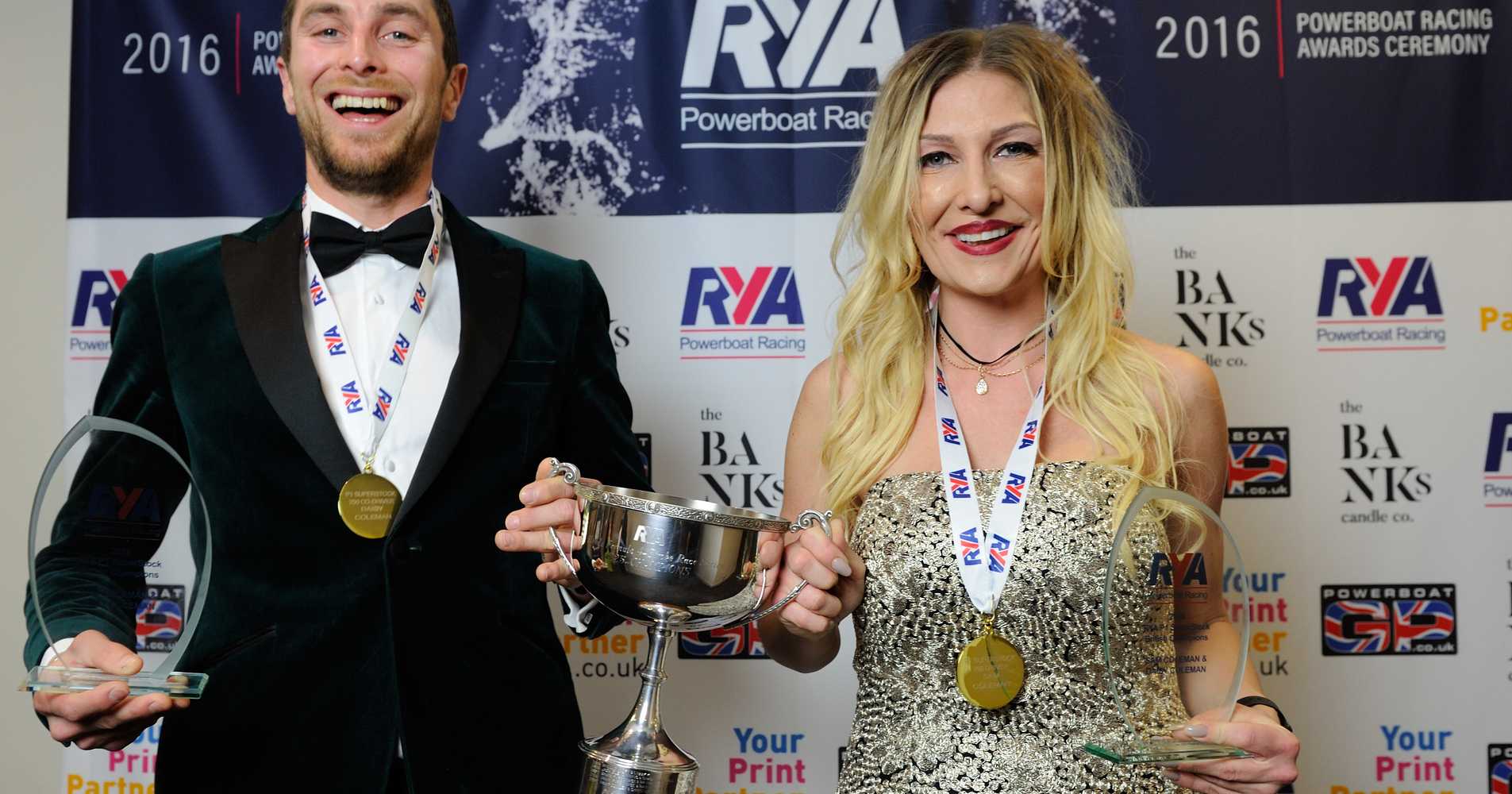 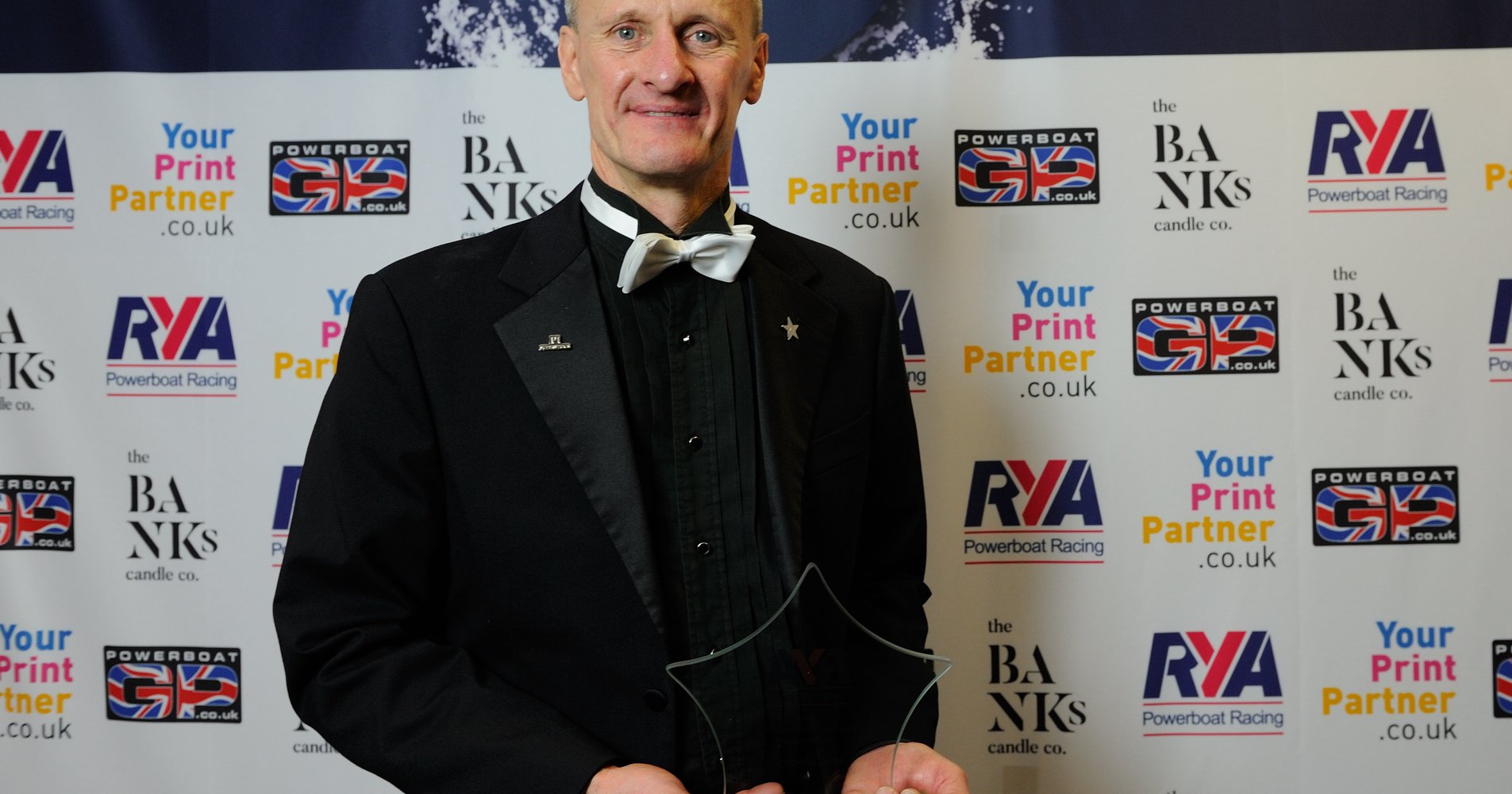 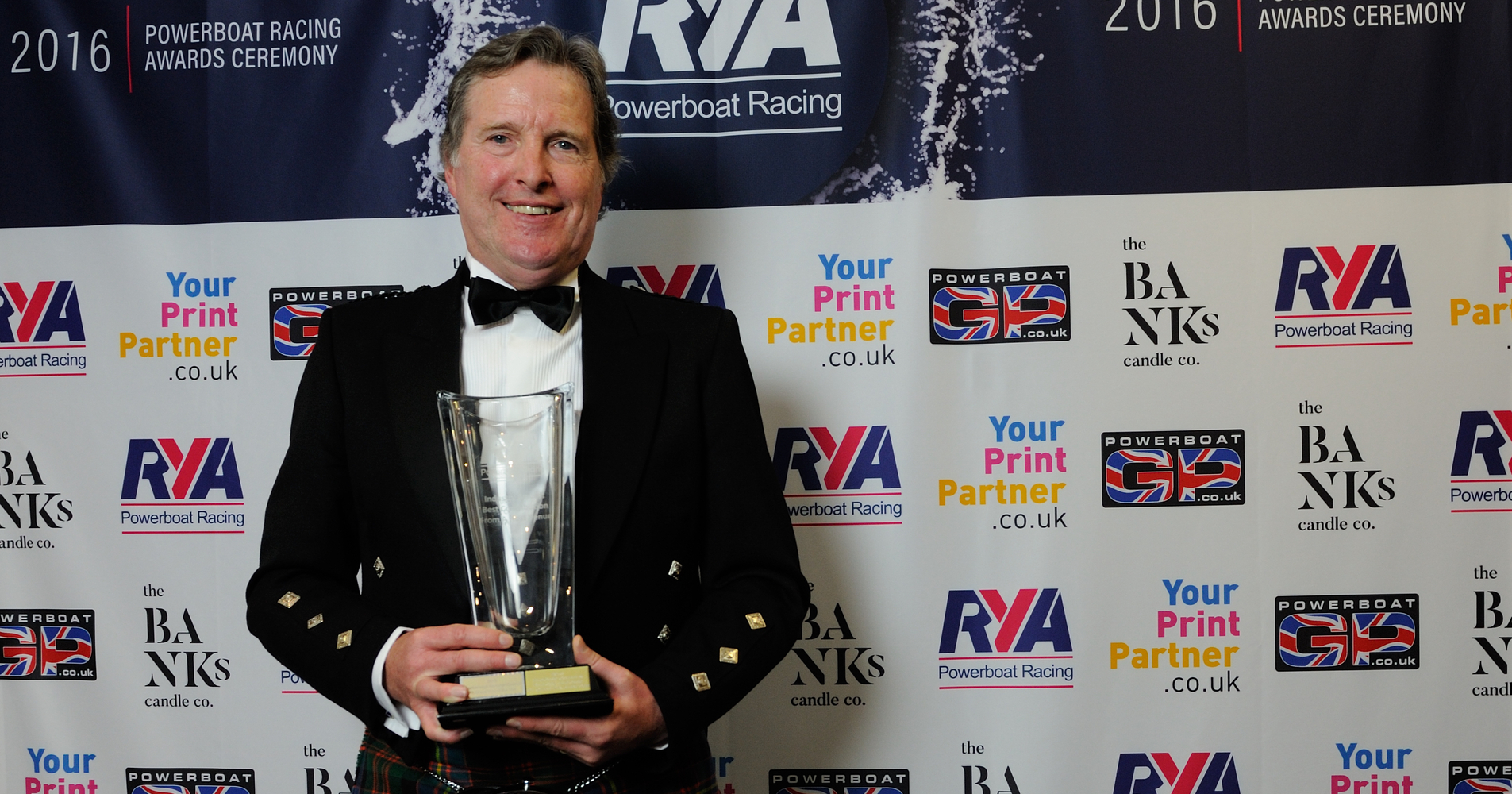 On Saturday, 4 February, some 250 racers, supporters, friends and family, converged on the Novotel, Southampton to celebrate the success of British Powerboat Racing across the sport’s many disciplines at the RYA Powerboat Racing awards ceremony 2016. 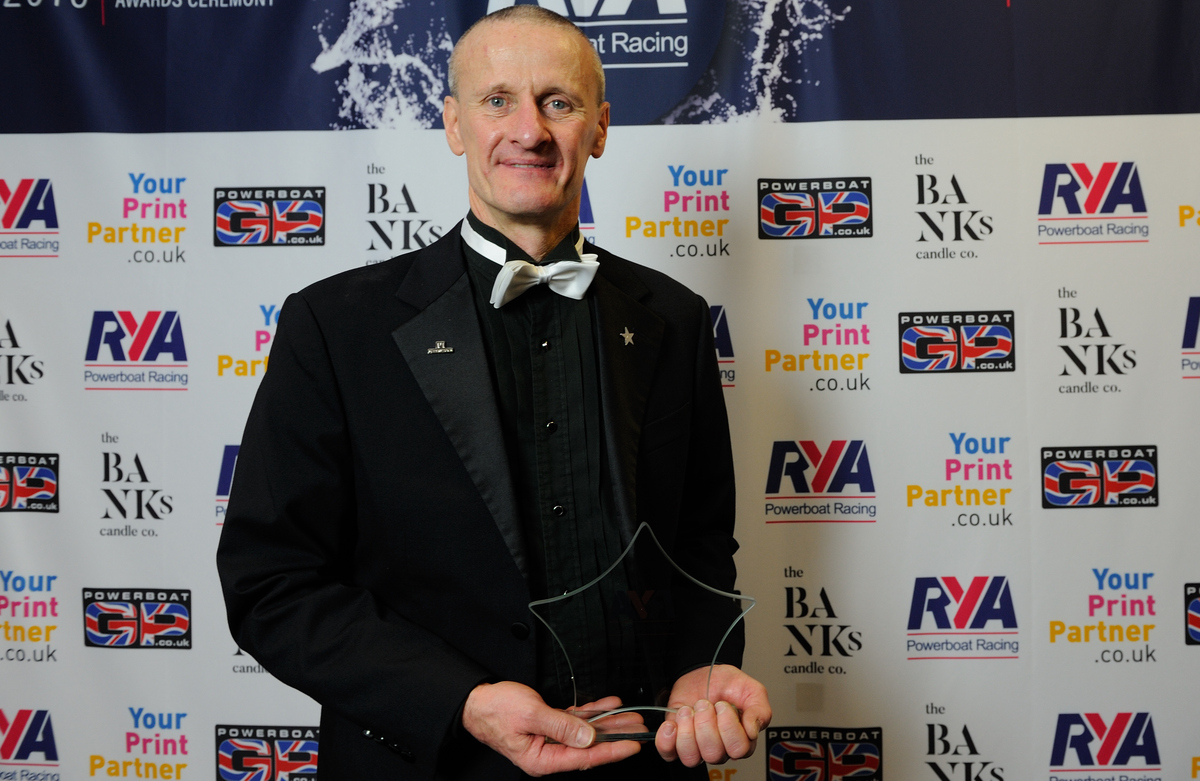 Amongst the award winners featured three P1 SuperStock UK racers and two event sponsors after another fantastic year for the racing series in 2016.

Sam and Daisy Coleman were awarded with trophies as champions of the 2016 P1 SuperStock UK series after dominating the championship in the Pertemps Network P1 Panther. 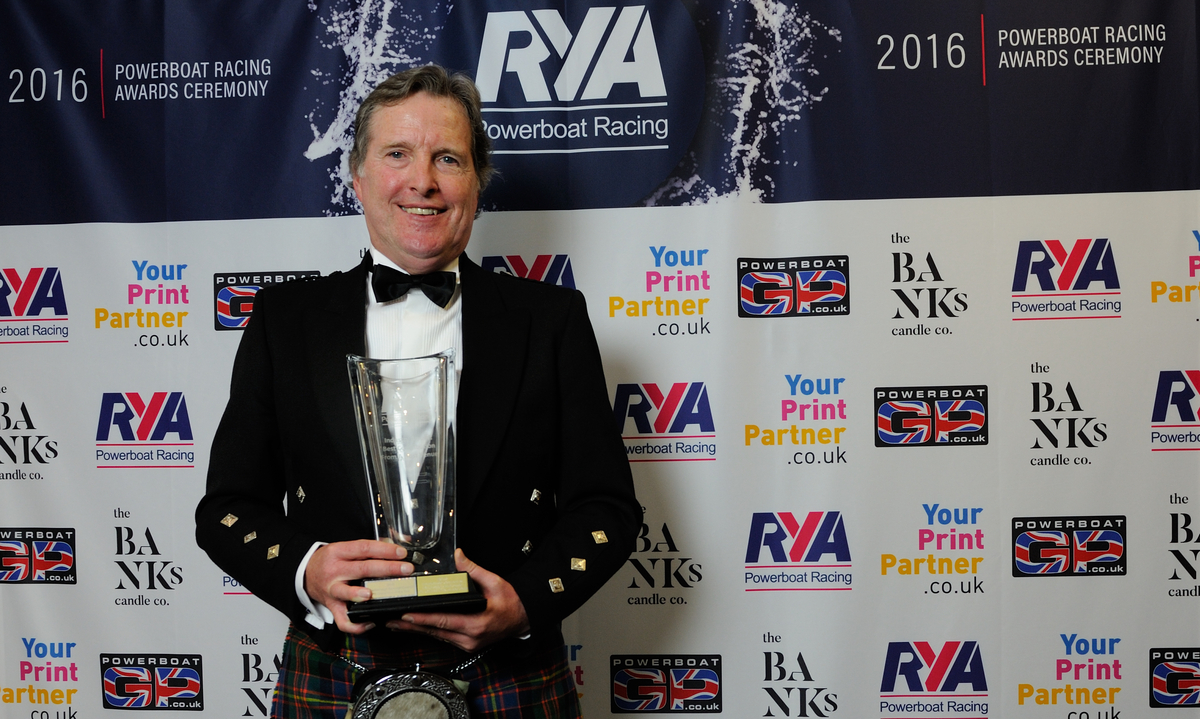 Experience Kissimmee driver Neil Jackson was recognised for his achievements within powerboat racing over the past quarter of a century as one of three 2016 RYA Powerboat Racing Ambassadors.

Meanwhile, it was an excellent night for Inverclyde Council and Riverside Inverclyde as they were announced winners of the 2016 RYA Industry Award: Best Contribution From a Host Venue for their part in the inaugural P1 Scottish Grand Prix of the Sea.

“I accepted the award on behalf of the many organisations, individuals and the ‘Blue Light’ services, without which this event could not have taken place. It also recognises how this first ever P1 Scottish Grand Prix of the Sea event was embraced by the people of Inverclyde, and beyond, with 30,000 enjoying the spectacle.

Together we are already working to make this year’s event on 24-25 June an ever greater success, so thank you to the RYA for the award and the recognition that comes with it.”

Neil Jackson was honoured to receive the award having dedicated 26 years of his life to the sport.

“With 26 consecutive years in the sport it was really nice and pleasing to be awarded as one of the new RYA Ambassadors of Powerboat Racing.

“I started with my wife Julie in 1991 as a volunteer owner Safety Boat under Richard Salaman, Safety Officer for UKOBA (United Kingdom Offshore Boating Association).
I carried out duties in Safety & Rescue, training also as a Rescue Diver (BSAC) all over the UK, Channel Isles and Northern Europe. I was part of a group of people called 'The Six Pack'. This I did for fifteen years before turning to racing full-time as a navigator or owner-driver of my own race boat. I now find myself competing in the P1 SuperStock Series.

“For the RYA to recognise me and my contribution to the sport under this category is heart warming. What was good to see is both sexes were awarded and both youth and adult included. It will hopefully give others the aspiration to to gain such a kind award in future years.”

Sam Coleman, the driver of the Pertemps Network Panther that claimed victory in 2016 alongside sister Daisy, said, “It was an honour to pick up the championship trophy at a fantastic RYA awards evening amongst great company.

“To see our name etched into history with the many esteemed previous P1 champions is great. Personally, one name on there stands out and to have our names on the championship trophy alongside John Wilson's means a lot to us due to the huge influence he has on the way we go racing and he continues to be a big part of our success.

The pressure is off now, we have the belief that comes with earning a championship and we're looking forward to the challenge of defending our title at some exciting new venues in 2017.”

The 2017 P1 SuperStock UK season begins in June as the series visits Aalborg, Denmark for the very first time.