Founded by Arthur Gallagher in Chicago in 1927, Arthur J. Gallagher & Co has grown to become one of the largest insurance brokerage and risk management companies in the world. With significant reach internationally, the group employs over 22,000 people and its global network provides services in more than 150 countries.

Family values have been core to our culture since our company was founded and this drives the way in which they look after clients. These values are only enhanced by their accolade from the Ethisphere Institute as a Worlds Most Ethical Company in 2013, 2014, 2015 and 2016.

In the world of powerboat racing, the team has endured a rough couple of seasons, but the experienced Dave Taft will return in 2017. Partnering Taft will be young navigator Andy Cousins who accompanied Taft both at the end of the 2016 season and for the World Championships in India.

Gallagher Racing posing on the podium after their impressive weekend

Arthur J Gallagher in action during the 2017 SuperStock series 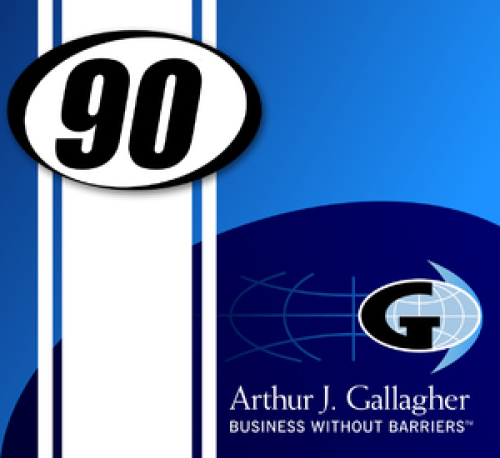